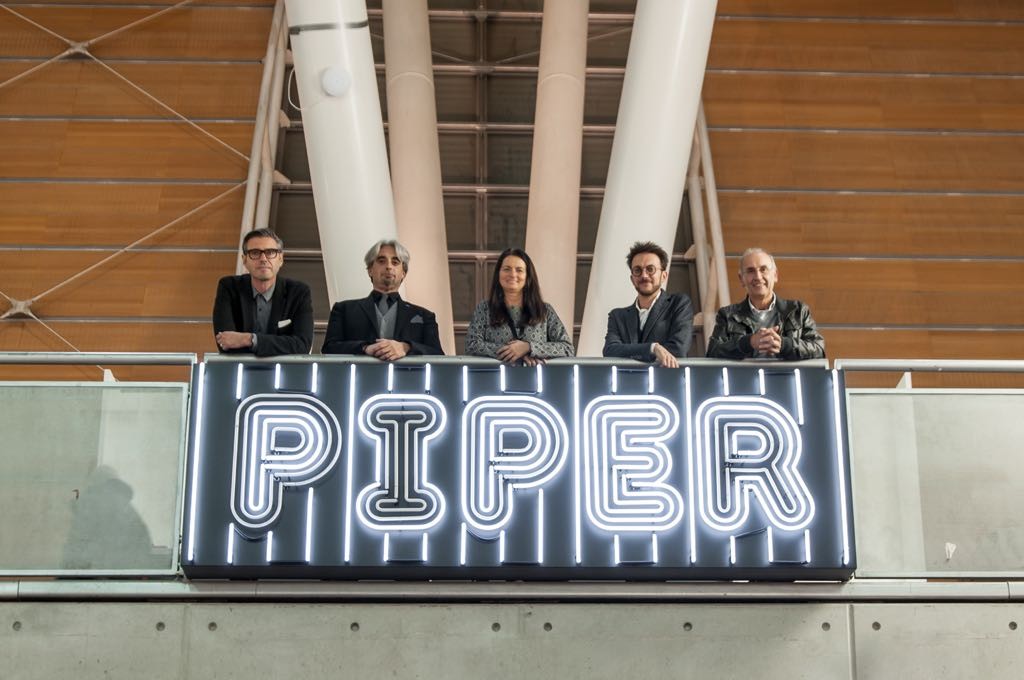 The F/ART Team - represented by Marisa Graziati, CEO; Enrico Moro, Marketing Manager; Marotta & Russo, Artistic Directors; Deianira Amico, Press Office Manager - recently attended "Artissima 2017," the 24th edition of the Contemporary Art trade show held in the elegant and functional OVAL rooms of the Lingotto, in Turin. Under the direction of Ilaria Bonacossa, who was appointed in December 2016, "Artissima 2017" as once again stood out as one of the most important and successful events of the entire European cultural scene of the industry. This event is booming at the speed of light thanks to the increasingly growing number of attendees, even in this year's edition; from the most prestigious galleries to the most renowned artists, collectors and professionals worldwide. Here are a few numbers, just to give you an idea: 207 galleries from 35 different countries, about 20 institutions and just as many art magazine representatives. In addition to the European and Western participants, this year numerous spacious and elegant stands were dedicated to the professionals coming from Latin America, the Middle East and Eastern Europe.

PIPER AND F/ART: TRANSFORMERS OF IDEAS

"PIPER. Learning at the discotheque" is the title of the renewed meeting program that took place throughout "Artissima 2017". Organized by Paola Nicolin, the event was conceived to speak of Contemporary Art in an unconventional manner. The meetings were in fact held in an environment that was inspired by the historic "Piper Club" disco of Turin. The discotheque, which represented an amazing experience for the city of Turin during the subculture lively years, was designed by Pietro Derossi and Guido Ceretti, and remained operational from 1966 to 1969. The disco combined in a unique and original way the characteristics and activities of a ballroom with those of a popular, self-managed and non-institutional cultural center devoted to Contemporary art and multidisciplinary experiments, especially renowned on an international scale during those incredible and nonconformist years. Thus, in order to host the meetings of the program, a new environment was conceived drawing inspiration from the historic "Piper Club". The location was set up and equipped with furniture and lights reminiscent of that period, where attendees were able to openly debate on the topics, names and issues of Contemporary Art. This was achieved thanks to the renewed spirit of participation shared with artists and curators, which led to  revive in a non-nostalgic and conventional, but rather authentic and inspired way the spirit of that historic and unforgettable place that was "Piper Club" towards the end of the 60s.

F/ART truly wanted to offer a concrete contribution to the success of this worthy and ambitious project and thus created an entrance sign reminiscent of that historic place. Naturally, the sign was bright and made with neon technology. F/ART stood out, becoming an official In-Kind sponsor of "Artissima 2017" by providing both the financial coverage and technology needed to implement the work. The project was conceived by Leonardo Sonnoli, one of the most important and renowned Italian graphic designers worldwide, and Irene Bacchi. Throughout the event, the sign - a large 300x95 cm black panel made of aluminum coated with a matte black paint showing the word "Piper" - captured and engaged the attention and imagination of all visitors thanks to a dynamic, smooth and hypnotic on-and-off play of lights of the neon tubes, which were well powered by a battery consisting of 17 F/ART transformers.

Neon is an expression of Contemporary Art with an already well-established and historical tradition. For example, just think about the incredible works by Lucio Fontana of the 40s, 50s and 60s, which were recently recreated for the first time in the rooms of the Hangar Bicocca of Milan for the famous "Rooms/Environments" exhibition by using the technology of F/ART's transformers. However, neon is always fascinatingly renewed through the works of famous Masters and important Artists who are continuously devoted to the vital importance of experimenting its potential. This was clearly evident even while visiting the stands of "Artissima 2017," where numerous works based on the use of neon were exhibited, all shown by many Italian and foreign art galleries, as well as by numerous Italian and foreign Artists. The mezzanine floor hosting the trade show’s exclusive and elegant lounge bar area and restaurant immediately struck the eye. Here, one felt captured by the soft and seductive flow of lights emitted by the blown glass neon tubes giving life to the various sophisticated works.

While pleasantly strolling along the large and bright halls and stands, one could admire several wonderful neon works while satisfyingly - and not surprisingly - noticing that they were powered by F/ART's transformers. Just to name a few of the many exhibited: Maurizio Nannucci, with the Enrico Astuni Gallery of Bologna (I), whose big neon name was one of the most photographed works of this edition of “Artissima;” Maurizio Cattelan, whose neon sign was placed inside the important “Deposito d’Arte Italiana Presente” section dedicated to Italian Art from 1994 to date, a contemporary exhibition that spoke of the concept of the historical one; “Deposito d’Arte Presente” (1967-1968) was conceived by the great Gian Enzo Sperone when Turin was the center of artistic research at an international level; Brigitte Kowanz, with the Häusler Contemporary Gallery of Munich (D), exhibited a work in line with the research presented at the 57th Biennale di Venezia, still in progress, where the artist represents the Austrian Pavilion; also worth mentioning, the works by Riccardo Previdi, with the Francesca Minini Gallery of Milan (I) and by Andrea Galvani, with the Artericambi Gallery of Verona (I).

BYE BYE TURIN... TILL NEXT TIME!

To conclude this brief reportage of facts and emotions, we can’t deny that everyone was sad to leave the beautiful city of Turin after the show: many were satisfied and equally exhausted for the stimulating recognitions received, but also for the interesting meetings held. However, they all shared the same enthusiasm to return to "Artissima" as soon as possible with new and renewed stimulating "F/ART FEED FOR/ART" projects.