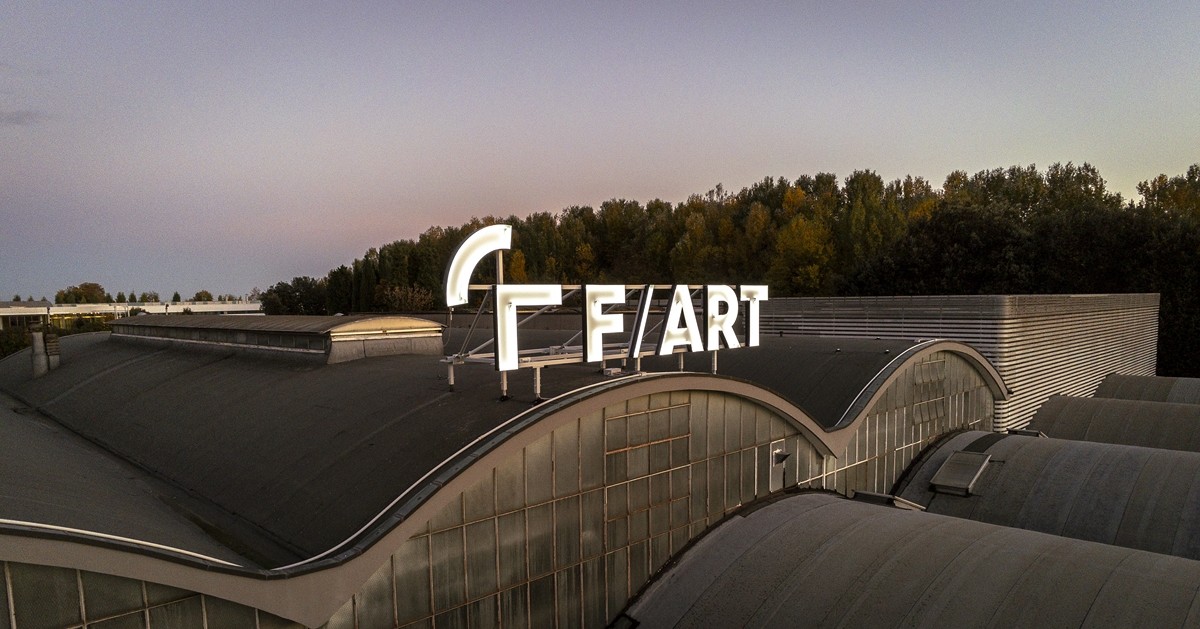 For some people, changing a sign simply means giving a new look to a facade, for many others it means a much deeper change, which starts from the heart of the company and wants to convey to the world  its new mission and vision.

In 2017 the company renewed  its logo design together with its product line and committed to new goals, ready to reenter the market as F/ART - Feed for / Art / LIGHT / POWER, instead of F.A.R.T. - Treviso Radioelectric Equipment Factory.

Transformers of ideas is the new concept F/ART has been embracing for three years now, while numerous innovations were being  introduced in both the artistic and production fields. The most relevant of which aret: the launch of the world’s first resin LED drivers and the neon electronic transformer in synthetic resin, followed by the production of the set of components employed for ozone and plasma sanitization, 100% made in Italy.

In 2020, on the 75th anniversary, F/ART also changed  the historical sign placed above the factory's  vaults.
Built in 1960 by the Italian architect Roberto Fontana on indications of  Bruno Graziati (the company’s founder), the building had  undergone only 3 changes in terms of light advertising.

Neon as a light source is what connects the past and the current signs, F/ART transformers included.

Cold cathode is a wonderful  technology which lasts over time with very limited maintenance, thanks to the quality and longevity of the materials, despite any exposure to atmospheric agents and variable climatic conditions.

The new sign measures 7 m x 110 cm and contains handcrafted white neon glass tubes directly displayed to view on the facade.
The glass tubes follow the perimeter of a white structure that fills the whole letter with brightness by diffusing the neon light, thus making the sign  appear fully illuminated when it is on.

The sign is powered up by Resinblock transformers specifically designed for outdoor installations, to exclude any need for additional protective elements.

Everything is clearly visible from the state road connecting Treviso to Venice-Mestre. F/ART is located in Via Terraglio 193, Preganziol (TV).

The previous reference to "neon transformers" has been deliberately removed as the company is now specialized in a wider range of products, which also includes power supplies for LEDs, ozone generators and components for sanitization using active oxygen or plasma. F/ART also supports artists, architects and designers in the implementation of neon light in their artworks.

Qualified engineers designed the new weight-bearing structure to ensure safety against mechanical strain , while the electrical and lighting design was developed by the engineer Fausto Martin, compliant with legal standards . The actualization and installation of the neon sign, instead, was curated by Neon Lauro 1956 instead.