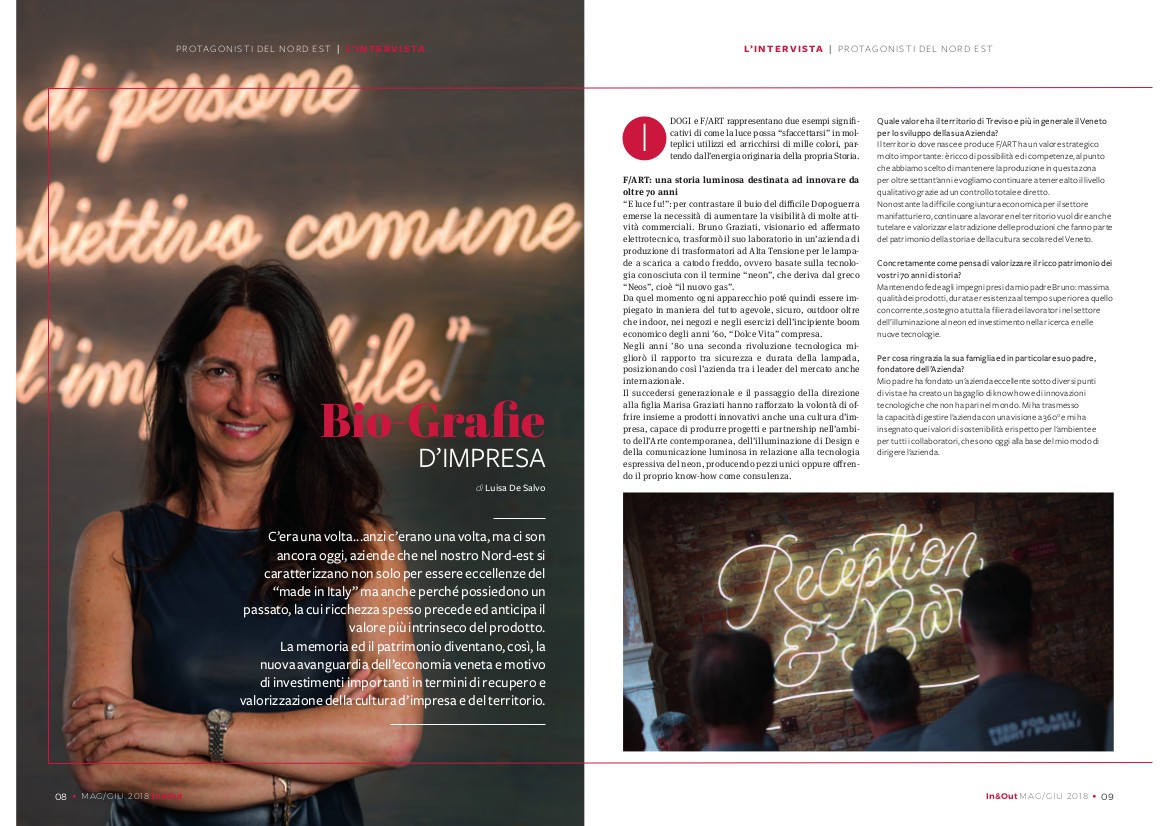 Once upon a time, but also nowadays, in the north-east there are companies that are characterized not just for being excellences of the “made in Italy” but also because they have a successful past, that moves up the value of the product.

The memory and patrimony become the new avangarde of the Veneto's economy and reason of great investments in terms of recovery and value of the company and territory culture.

F/ART: a bright story meant to innovate for more than 70 years:

“And there was light!”: to contrast the darkness of the after World War Two the necessity of brighten up the visibility of many commercial activities came out. Bruno Graziati, visionary and electronic engineer, transformed his lab in production company of High Tension transformers for cold cathode lamps, meaning that they are based on a technology know has “neon”, that comes from the greek “Neos”, meaning “new gas”.

From that moment every device could be used in a simpler, safer manner, outdoor and indoor, in stores and in the factories during the economic “boom” of the 60s, also with the “Dolce Vita”.

In the 80s a second technological revolution improved the relation between safety and duration of the lamp, moving the company between the leader of the international market.

The following generation and the transfer to the daughter Marisa Graziati improved the willing of offering with innovative products also a company culture, able to produce projects and partnership in the contemporary Art, of illumination of Design and of the illumination of the communication related with the expressive technology of the neon, producing unique pieces or offering their own know-how has advisement.